Driving into work today, I caught the tail end of a NPR story on March Madness, AKA the 2015 NCAA Basketball Tournament, and the negative impact on worker productivity it brings to companies each year. (I can't find a link to it just yet, I'll circle back and link it up when I do.)

A company CEO interviewed in the piece says they are turning those lemons into lemonade by making the first Friday of the tournament a vacation day and inviting all staff and clients to party at a local bar and enjoy "all the madness" together.

He says  insights his people gain from observing customer's tournament picks and the way they react to and with the game gives them valuable information on how to better work with and serve those customers.

Uh huh....sure. You're not fooling me. You all just want to watch the games. I need to make the disclosure that I grew up in a sports-mad family.  Somewhere along the line I chose - maybe as a way to stand out from the rest of my peeps - to not "do" sports and instead to "do the opposite of sports". This translated in my teenage years to drama, music, writing, fashion and design, most of the things I still like to blog about today.

The story did pique my interest though. Just what is all this March Madness all about?  I've been hearing shouts and cheers from my husband over the past week and am pretty sure Wisconsin has made it into the tournament. And I've been seeing lots of bracket charts on my Facebook feed lately.  I decided to investigate.

My first stop was Pinterest.  OK, right up my alley, but "March Madness Slam Dunk Cookies", "March Madness Math Packets" and "Clinton Kelly's "Slam Dunk Punch" as seen on The Chew. Perfect for March Madness parties!" not really what I was looking for. I linked them for you, though. You're welcome.

Next, I googled around and found this super helpful video, March Madness Explained in 2 Minutes

I'm gonna confess that this was enough for me. But some of you may be looking for more. So in the interest of public information, I went to the catalog.

I'm surprised by how much the library has to offer, both about the current state of NCAA athletics and the long rich history of the tournament.  Actually pretty cool. Take a look: 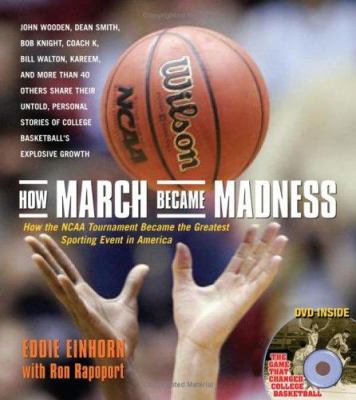 How March Became Madness: How The NCAA Tournament Became The Greatest Sporting Event In America

If you ask the bookmakers in Vegas, they'll agree: March Madness--the NCAA basketball tournament--is the "greatest sporting event in America." But it's not just the betting that has won our hearts, it's the sport itself. Einhorn toots his horn a bit here in that he credits his own "revolutionary" idea of broadcasting college basketball games as being the event that changed the NCAA tournament for good. Perhaps he is right, because players and coaches went from being mere students and college staff to celebrities as the tournament grew in popularity. Drawing on interviews with nearly 50 college basketball greats--both players and coaches--Einhorn and Rapoport provide a big-picture history. A DVD accompanies. --Mary Frances Wilkens Copyright 2006 Booklist 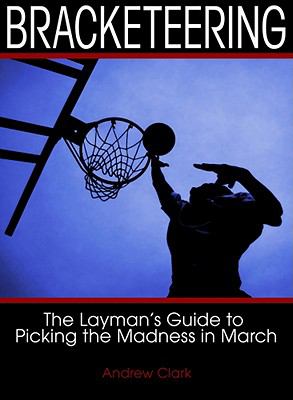 Bracketeering: The Layman's Guide To Picking The Madness In March

Six years ago Andrew Clark began developing his own objective, statistics-based approach to picking the winner of the NCAA basketball tournament. The results: He has correctly chosen four of the last six champions using only one "sheet of integrity." In Bracketeering, Clark reveals his secrets by sharing a set of simple rules for each round of the tournament to help even the most casual of basketball fans pick their brackets and beat the so-called "experts" in their office pools. For readers who want to go deeper into the math behind Clark's rules, he tells them where to go find the information and how to use it effectively. 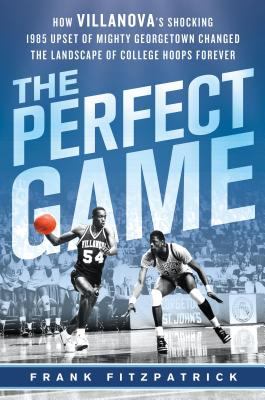 In the 1985 NCAA basketball championship game, the Georgetown Hoyas, pursuing their second title in a row, were heavily favored against Villanova. Fitzpatrick examines the game from the perspectives of the participants as well as its historical context. At the time, the operative phrase in college hoops was Hoya Paranoia. The shorthand, racist categorization of the all-black, aggressive Georgetown team was thugs. Fitzpatrick examines that perception and debunks it thoroughly. Villanova, on the other hand, was seen as the little-engine-that-could with its chubby, lovable Italian American coach, Rollie Massimino, and its racially mixed roster. Fitzpatrick profiles all the key players as well as the coaches, tracks the schools' journeys to the finals, and provides an appropriately breathless account of the game, which was one of the last to be played without the three-point shot or a shot clock. Ranked as one of the greatest upsets in college basketball, the 1985 title game continues to give hope to underdogs everywhere. A very intelligent bit of basketball history.--Lukowsky, Wes Copyright 2010 Booklist 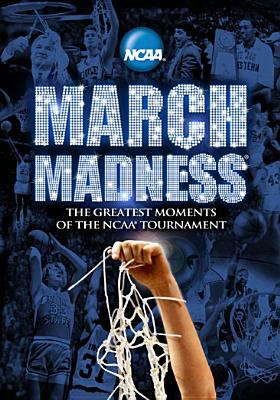 March Madness: The Greatest Moments of The NCAA Tournament. (DVD)

Relive the most spectacular and dramatic moments of March Madness with over 60 years of NCAA tournament footage. From Magic Johnson to Michael Jordan witness the greatest plays; players; and performances in the history of the game. Narrated by Jim Nantz. 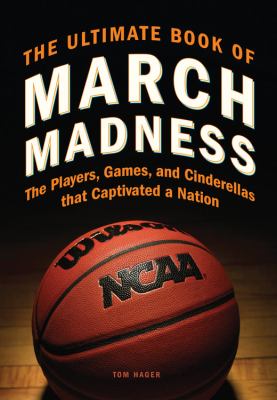 The Ultimate Book of March Madness: The Player, Games, and Cinderellas That Captivated A Nation

From the birth of the tournament in 1939 to the most recent on-court drama, The Ultimate Book of March Madness explores the stories--both the legendary and the forgotten--behind each year 's tournament, and author Tom Hager selects the 100 greatest games from tournament history. Featuring a unique blend of storytelling, quotes, vintage photographs, and game descriptions, The Ultimate Book of March Madness provides the average hoops fan with a deeper understanding of the history of the Final Four, while providing true fanatics with memorable and amazing stories they've never heard before. 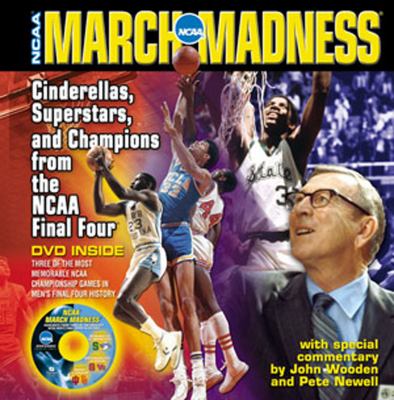 From the NCAA itself comes a celebration of the Final Four, college basketball's most prestigious level of tournament play, in March Madness. Separated by decade and proceeding year by year, the book begins with the first Final Four showdown in 1939, which took place in Evanston, Illinois, and ended when Oregon beat Ohio State to become the first NCAA champions. The narration gives you not only the exciting action on the court but also the growing popularity of the tournament over time. What's interesting in looking back on great college ball is how many "regular guys" there were--great athletes who didn't go on to the pros, for whatever reason--standing shoulder-to-shoulder beside superstar athletes such as Russell, Chamberlain, and Jordan. --Mary Frances Wilkens Copyright 2004 Booklist 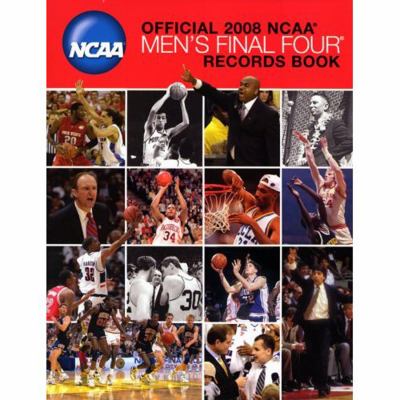 Researched and compiled by the NCAA, this is the one and only official reference on the Final Four used by sports media nationwide. 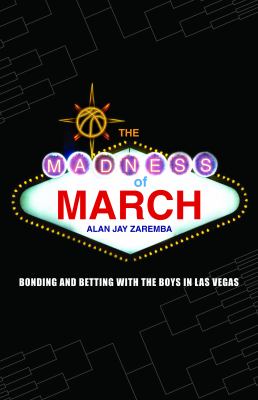 The madness of March : bonding and betting with the boys in Las Vegas

Every spring, the first four days of the NCAA men's basketball tournament attracts a horde of basketball bettors to Las Vegas. From the tip-off of the tournament's first game on Thursday morning to the final whistle on Sunday, throngs of bettors--overwhelmingly male--sit in smoky casinos obsessively watching as many as forty-eight college basketball games. This book immerses readers in that action. Alan Jay Zaremba travels to The Strip and gives us a front-row view of the betting culture that surrounds the frenzied first weekend of the tournament.   Alternating between humorous accounts of gamblers' exploits and cultural theories on sports in society, Zaremba provides an engaging analysis of the sporting ritual that such gambling has become. With forays into the history of the tournament, the background of sports betting, and a little betting of his own, Zaremba raises the question of whether this subculture of March Madness is a blessing or a curse--and what, finally, it all means. 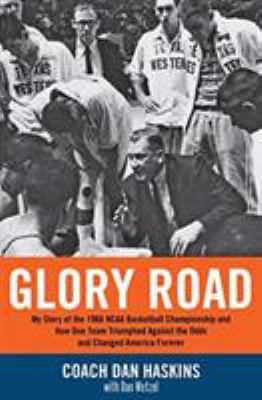 Glory Road: My Story Of The 1966 NCAA Basketball Championship And How One Team Triumphed Against The Odds And Changed America Forever

Don Haskins was 34 years old when he coached the Texas Western Miners to the NCAA basketball championship in a game that most sports historians agree fundamentally altered college athletics. Haskins' starters and top-two reserves were black--the first time in history that had happened. The Miners defeated all-white Kentucky and its legendarily racist coach, Adolph Rupp, in the finals. In this mesmerizing autobiography, Haskins rejects such labels as trailblazer or social pioneer. He says instead he was simply an obsessed coach who recruited the best players he could get--despite unofficial quotas on black players--and drove them mercilessly. He also says that his university--now known as the University of Texas at El Paso--had integrated its basketball team almost a decade earlier, and the ethnic diversity of the town mitigated most of the racial tension one might have expected in another setting. That's not to say that he and his players didn't undergo plenty of trials. The author's modesty aside, what makes this book such compelling reading is that Haskins is a one-of-a-kind character--a man who chose never to leave his relatively obscure post, preferring smoky small-town Texas cantinas to, well, just about anyplace. --Wes Lukowsky Copyright 2006 Booklist 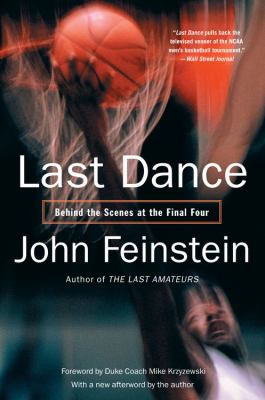 Last Dance: Behind the Scenes at the Final Four

Feinstein, arguably the best book-length sports journalist working today, employs the 2005 weekend as the catalyst to discuss the history of the event, the key people, and, most significantly, the effect that involvement in the Final Four has had on participants' lives. The anecdotes are entertaining, and the insights into the tournament's logistics fascinating, but what will linger most are the remembrances of players, especially those who ended up on the losing side. The best books take us to places we've never been and let us feel what life there is like. Welcome to the Final Four, courtesy of John Feinstein. --Wes Lukowsky Copyright 2006 Booklis 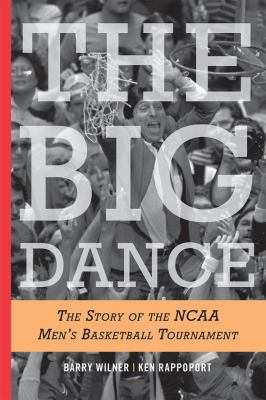 The Big Dance: The Story Of The NCAA Basketball Tournament

Covered by four networks, allowing every game to be televised, "March Madness" has become an American phenomenon as anticipated as the Super Bowl. This is the story of the tournament, from its beginnings seventy-three years ago as an eight-team "bracket" to today's sixty-eight-team format. From "Cinderella" teams like Butler and Gonzaga, to perennial powerhouses such as UCLA and Kentucky, to buzzer-beaters, upsets, and dynasties, the story of one of the most-followed sporting events is told here.