February is Black History Month and throughout the month we have celebrated at the library with events and displays to honor the contributions of African Americans, past and present.

Black History Month is an annual observance in February, celebrating the past and present achievements of African Americans.

In 1915, Dr. Carter G. Woodson—historian, teacher, and author—founded the Association for the Study of African American Life and History (ASALH).

In February 1926, Woodson proposed the establishment of Negro History Week to honor the history of African Americans, and their contributions to American life.

Dr. Woodson, known as the Father of Black History, chose the second week of February because it commemorates the birthdays of 2 men who greatly affected the African American community: Abraham Lincoln (February 12) and Frederick Douglass (February 14).

In 1976, the week-long observance was expanded to a month in honor of the nation’s bicentennial. Black History Month continues to be sponsored by ASALH, its founding organization, who also designates its annual theme.

The 2020 theme is African Americans and the Vote.

Even though the suffrage movement was focused on women gaining the right to vote, the battle was mostly fought separately along racial lines. White women shunned and marginalized African American women, which propelled them to form their own groups.

And because one month is not near enough time to recognize and honor the rich and diverse history and important contributions and achievements of African Americans.

Here are some of our book, film and music recommendations to keep the celebration going year round.

Maya Angelou: And Still I Rise

Such a Fun Age by Kiley Reid

The Hate You Give by Angie Thomas

Red at the Bone by Jacqueline Woodson

All American Boys by Jason Reynolds

A Blade So Black by L.L. McKinney

Opposite of Always by Justin A. Reynolds

Devil in the Grove : Thurgood Marshall, the Groveland Boys, and the Dawn of a new America by Gilbert King

The Sun Does Shine by Anthony Ray Hinton

Between the world and me by Ta-Nehisi Coates

The Master Plan by Chris Wilson

Stamped: Racism, Antiracism, and You by Jason Reynolds (publishing on March 10) 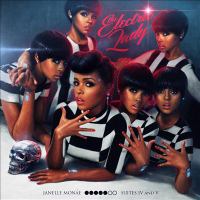 The Electric Lady by Janelle Monae