When I decided to go vegan, I wasn’t worried about not purchasing leather shoes or having to check the labels of personal care products. The lifestyle aspects I could handle. I was worried about what I’d eat!

Looking back, I had no idea how broadening the “diet” aspect of veganism would be. I went vegan for ethical reasons, but I've stayed vegan because of the food. Veganism, which narrowed the scope of what I could eat, has actually expanded the range of foods that I do eat. I eat fruits and vegetables that I honestly had no idea existed before I went vegan (I’m looking at you lychee and fiddlehead). And I have an affinity for vegetables, like brussels sprouts, that I always thought I hated. I know how to press tofu, marinate tempeh, and whip up decadent desserts from legumes.

When I first started experimenting with vegan cooking, I stuck to cookbooks, adhering very closely to what was on the page. Eventually, I branched out to the online vegan community, and I found throngs of people equally enthusiastic about inventive plant-based cuisine! Now, I’m a fanatic – addicted to scrolling through gorgeous food photography and searching for new and inspired recipes!

You don't need to be interested in veganism to be excited about all of the plant-based possibilities! If you're interested in a whole new culinary world, one where banana bread calls for even more bananas, here’s where I’d suggest starting: 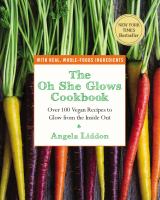 The Oh She Glows Cookbook

Angela Liddon maintains one of the most visually appealing food blogs on my feed. And her cookbook, a fairly recent release, does not upset. My absolute favorite Angela Liddon recipe? Butternut squash mac 'n cheeze. 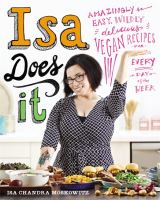 This is Isa Chandra’s latest cookbook, but if it’s not on the shelf don’t be disappointed. Instead look for Appetite for Reduction or Veganomicon; the two Isa books I deem worthy of purchase. She’s also authored Vegan Cookies Invade Your Cookie Jar and Vegan Cupcakes Take Over the World. It's also worth visiting her blog. 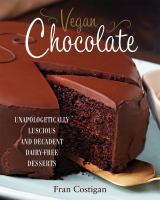 Two quick warnings: Fran Costigan's book is completely drool-inducing and the recipes can be fairly involved. 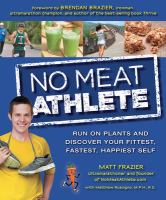 This book is divided in two sections: one for runners or athletes interested in plant-based fueling and one for vegans interested in running. No matter which you are, you'll delight in Matt Frazier's recipes for natural sports drinks, energy bars, shakes, and one-dish wonders. Matt's blog, which sports the tagline "run on plants," has been a fantastic motivating force for me. Fun fact: he recently did an AMA on Reddit. 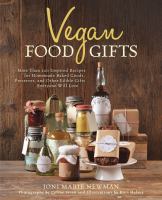 A totally random find, this book includes some great recipes for canning, like jalapeño jam, and a spectacular nut mix recipe.