Even if you've never read Proust, you might have some inkling that there's a strong association between madeleines, a small rich cake, typically baked in a shell-shaped mold and often decorated with coconut and jam, and memory.

About 50 pages into the 3000 page behemoth of the novel Remembrance of Things Past, the author describes a flood of memory coming back to him with the first bite of this little scalloped French pastry.

Who doesn't have sentimental taste memories?

Certain smells and tastes can transport me to my grandmother's apartment, my mouth watering for a crab and radish stew.

Remembering the evening I savored Garam Masala ice cream in Cincinnati with friends. Or the first time I tried tiropita's at my in-laws'.

Or sitting in front of the TV on a scratchy couch from two moves prior after taking home Tlayudas from a local Mexican place, digging into a meal I'd think about for a year until I got to eat one again.

Next time I'm back in that neighborhood, you better believe I'm calling in an order.

Can you tell I'm food-motivated?

While smell is considered the sense most closely linked to memory, for me taste is right there with it.

The peculiar connection between taste and memory might be attributed to the proximity of the olfactory bulb (for smell) and insular cortex (for taste) - to the amygdala (emotional learning) and hypocampus (part of memory processing).

Biology aside, the science of baking anything French has always been intimidating, compounded with the added challenge of using GF flours in my pantry that I didn't know what to do with.

This unexpectedly turned into a months-long endeavor to get a feel for my oven and ingredients, and train my whisking arm.

I had something akin to a spreadsheet including what exactly I tried and with what results.

This also resulted in my eating entire batches of yummy "failed" attempts by myself (vegan partner).

And although I'm averse to getting kitchen gadgets that do only one thing*, I broke down and got a Madeleine pan for a sweet I love that does double duty.

Is it a cookie or a cake? I get the satisfaction of crisp edges and a soft spongy middle.

It's a handheld treat, dunkable, and makes you feel fancy.

At the same time (despite the specific pan), it seems far more accessible for this non-baker than say, a macaron, tart, or croissant.

If you're thinking of stepping into the world of baking french pastries, I recommend starting with  madeleines.

For even more inspiration, read this brief history of the French Madeleine.

I can't in good conscious offer my failed recipes.

I'm still tweaking to figure out the right proportions and process to get the iconic hump and crisp edges, because I'm trying for one that is very specific to what I had in my pantry (and a desire to make a small amount).

There are a number of ways to make madeleines; find what works for you!

While there doesn't seem to be a lot of fictional books that put the spotlight on Madeleines, there are plenty of books in our abundantly stocked 641s, a veritable cookbookland with what feels like miles of recipes from the world's cuisines.

Below are few French cookbooks that included Madeleine recipes:

*I hear a muffin tin will work, but it's not quite the same. 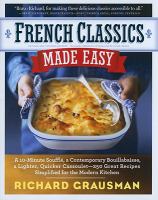 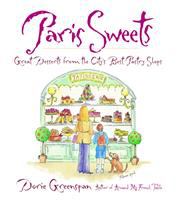 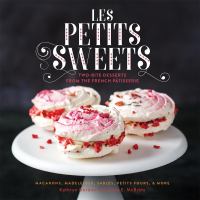 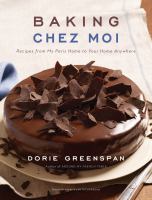