My name is Ami and I’m an anime addict.

Addiction can be a good thing or a bad thing.

Depends on what, right?

And I have absolutely no shame in admitting that yes.... I have a problem.

When I was growing up, being the kid who loved anime automatically meant I was a dweeb.

And now decades later, it’s the semi-cool thing to do?

Anyway, as with all fandoms, there are different levels to appreciating anime.

Some enjoy it solely for the art and story lines, the Basic Otakus!

Then, there are those obsessed with certain characters and write weekly fan fiction about them. I call them "the Creative Otakus."

There are the Collectors. The ones whose bedrooms look like anime vomit.... figurines, coffee mugs, wall scrolls, blankets, you name it!

And now, my favorite…the Cosplayers! These are the fans who take it to a whole other level. They go to anime conventions all year round and cosplay (dress up) as their favorite characters.

The amount of dedication and detail cosplayers put into their costumes is really something to admire.

BUT I’m getting ahead of myself.

Anime is basically the Japanese word for “cartoon.” The majority of anime is made in Japan but here’s where it can get confusing.

In Japan, any form of animation is considered anime.

However, since it has a very distinctive artistic style (think big eyes, sharper features, and exaggerated facial expressions), other countries define anime as “Japanese style animation.”

While anime does focus on feel-good themes like friendship and family, it also touches upon some controversial subjects, normalizes violence, and can contain pervy artwork....

SO.....If you are easily offended, anime is not for you.

What’s so good about it?

Pft! What kind of question is that? Because it's AMI-AZING?!

Anime features quirky but relatable characters that claw their way into your heart.

Typically, a single episode is between 23-25 minutes and movies are around 2 hours or longer. What I like about that is it gives the animators more time to flesh out the characters and their backstories, thus, more time for us to spend with them.

The longer the series, the more adventures and attachment to the characters.

I’m not really an emotional person. When I watch live action movies, I couldn’t care less if someone dies.

But the minute the dog dies, I become a sobbing mess.

With anime, I’m way more likely to cry at tragedies. I don’t know if that’s a good thing or a bad thing but it means the animators are doing something right.

While Japan's culture emphasizes respect and kindness, their animators, within reason of course, don't censor their cartoon in fear of offending their audience.

They make fun of the obvious, the crude, the absurd, and everyday insecurities.

And that makes for great comedy!

Every scene whether action or filler seems worth watching. There’s always something happening.

Even if it’s just a character staring hopelessly at something in the distance with their hair blowing in the wind, it’s somehow entertaining.

I think a lot of that has to do with the art style too.

While characters have things like green hair and purple eyes, physical features on the whole are more realistic than Western cartoons.

And  as shallow as this may sound, just about every character (hero, villain, or animal sidekick) looks good... like really good.

It’s ridiculous! But like a who-am-I-to-complain kind of ridiculous.

Imagination is also on another level.

The character designs and world building, depending on the anime, pique your interest even if it’s a genre you don’t normally enjoy.

I mean check out the background art from The Secret World of Arrietty. It's a Japanese adaptation of Mary Norton's The Borrowers, a story about tiny people living in the walls and floors of a big house.

This is a still of Arrietty's bedroom and I love the attention to detail like the pencil stub on her desk that was clearly recycled from the human home.

And unlike our cartoons, in a lot of anime, characters have multiple outfits or their design changes up each season to show character growth, etc.

So you're not stuck seeing them in the same clothes all the time.

Lastly, there’s variety in genres, anything from romance to bloody murder, as well as the choice to watch it in DUB or SUB version.

Some people don’t like to feel like they’re reading a novel while watching TV, so they watch English-dubbed anime.

Meanwhile, others prefer the original Japanese audio with subtitles, because there are jokes in Japanese that don’t always translate the same in English.

I'm a DUB person myself, not because I hate reading (I work in a library...can you imagine?), but because I'm fond of certain english voice actors and I love hearing for them whenever starting a new anime.

Where can you find anime?

The LIBRARY of course! We do our best to provide patrons with as much variety as we can.

Check out Funimation, KissAnime and Crunchyroll too! These are some of the top anime streaming sites.

Netflix also has a decent anime lineup with shows like Death Note and Sword Art Online.

Like with everything, there’s just as much terrible anime out there as there is good. Luckily, you’ve got me to steer you in the right direction.

Below is my top 10 list of anime (shows and movies) that more likely than not will get you hooked and back for more. You’re welcome. Haruhi Fujioka, a bright scholarship student aka a commoner, is a rare species at Ouran Academy, an elite school for the rich.

In her search for a quiet place to study, she accidentally stumbles upon the Host Club, where handsome boys with nothing better to do entertain the girls of the Academy.

When her hasty exit attempt results in a broken vase worth eight million yen, Haruhi is forced into becoming the eccentric group's errand boy to repay her enormous debt. Ciel Phantomhive, a twelve-year-old earl, sells his soul to a demon, Sebastian Michaelis for help in avenging his family's death.

Sebastian takes the form of a loyal butler who's always dressed in black and required to protect, serve, and arrive whenever summoned by his young master Ciel. 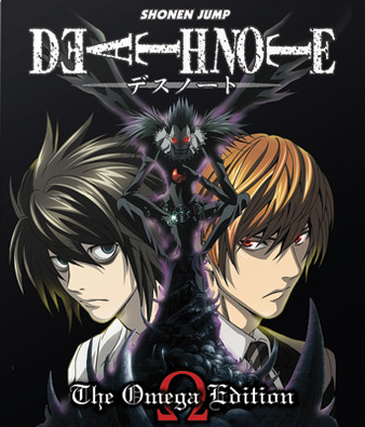 Light Yagami, a cunning high school student, discovers an odd notebook that gives him the power to kill anyone with just their name and knowing what they look like.

He starts a crusade to take down the world's worst criminals, that is until a mysterious detective known only as L becomes determined to put a stop to his reign.

The ultimate battle of wits until only one is left standing. 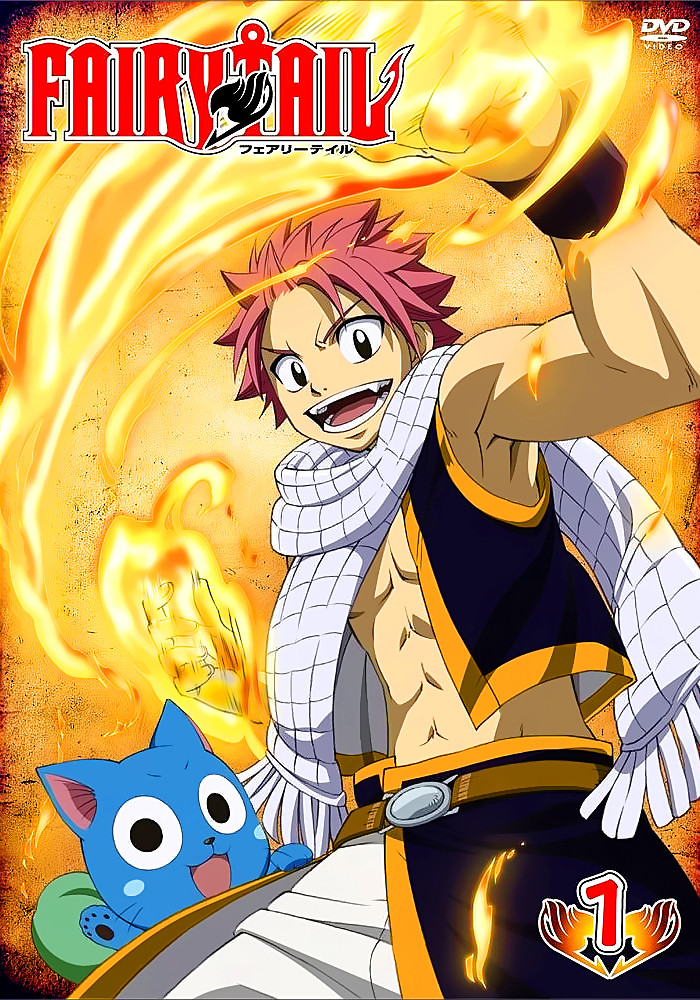 In the Kingdom of Fiore, powerful wizards make their living by joining magical guilds and contracting out their services to become 'wizards for hire.' Harnessing the forces of Dragon Fire, Ice, Weaponry, and the Zodiac, four young wizards of the infamous guild "Fairy Tail" team up to seek their fortunes and fight bad guys.

After moving from Tokyo, Yu Narukami expected small town life to be quiet, but somehow the murders happening in his new town are connected to his own strange experiences.

Yu and his group of friends go on a journey to an alternate reality within a mysterious TV show where he ends up with new powers that may just help him solve these murders. During her family's move to the suburbs, a sullen 10-year-old girl wanders into a world ruled by gods, witches, and spirits, where she must work extra hard to save her parents from being turned into beasts forever. 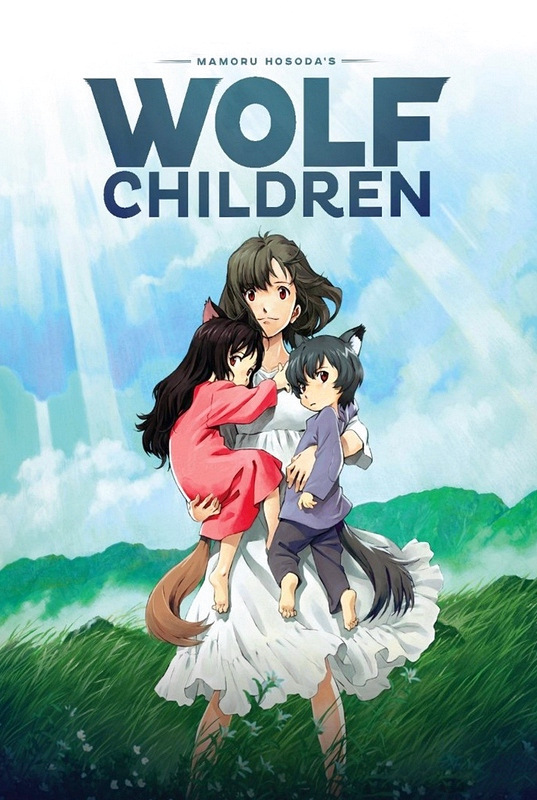 Hana unknowingly falls in love with a werewolf who dies in an accident after their second child. Alone with two unusual kids she doesn't know how to raise, she moves to the countryside in hopes of a more secluded life.

Join her through her struggles as she watches her kids grow up and chase their own dreams. 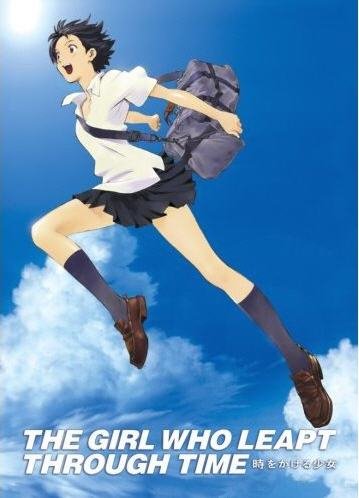 The Girl Who Leapt Through Time (movie - Drama/Romance)

A high-school girl named Makoto acquires the power to travel back in time, and decides to use it for her own personal benefits.

Little does she know that she is affecting the lives of others just as much as she is her own.

When young Sophie is cursed with an old body by a spiteful witch, her only chance of breaking the spell lies with Howl, a self-indulgent young wizard and his walking castle. 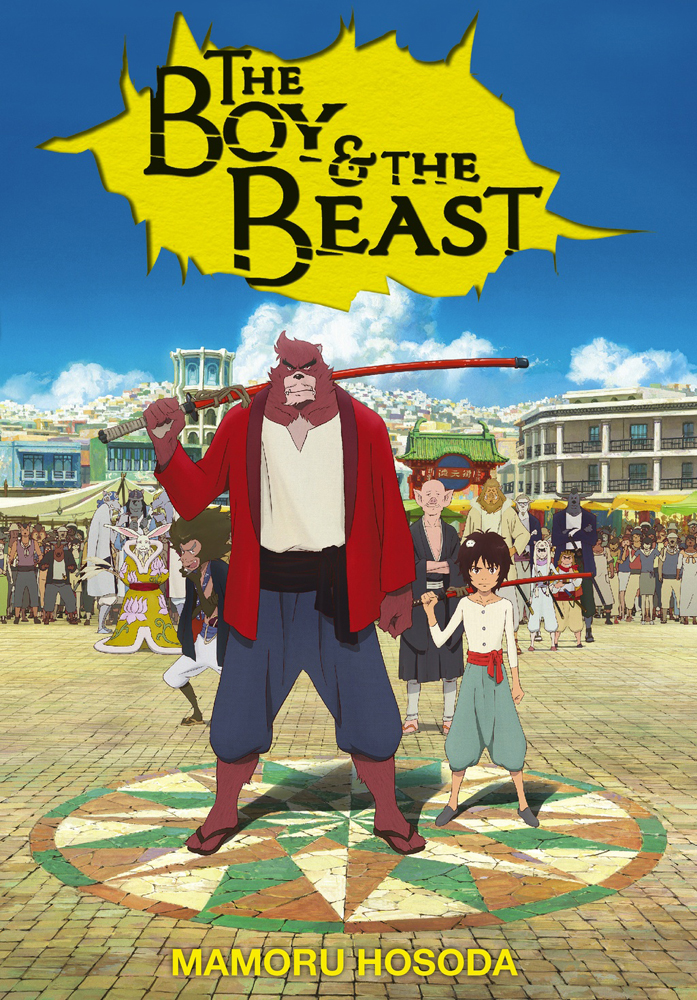 The Boy and the Beast (movie - Fantasy/Adventure)

When a young orphan living on the streets stumbles into a fantastic world of beasts, he's taken in by Kumatetsu, a gruff warrior beast looking for an apprentice.

Despite their constant bickering, they begin training together and slowly form a bond as surrogate father and son. But the unlikely pair will be put to the ultimate test; a final showdown.