I have long been a fan of Zelda games, having beaten some multiple times. With each new game, I continue to find myself further engrossed in the mystique and intrigue that the world of Hyrule always embodied. It's long been a world filled with unique characters, elaborate stories, and inventive use of items going well beyond just simple weapons.

So when Nintendo announced The Legend of Zelda: Breath of the Wild a few years back, I could not wait to get my hands on it.

DPPL now offers the game in both Nintendo Switch or Wii U formats.

Now that I've had some time to play through the game for myself, here are my thoughts for those of you still on the fence.

Note this review is based on my play through of the Wii U version, but having played a little of the Switch version, I can say the experiences will be very similar.  As an obligatory warning, there are some minor gameplay spoilers ahead.

Breath of the Wild is the furthest deviation from past Zelda games in terms of gameplay, sometimes feeling more like an action RPG from some other game series than from the mainline Zelda series, but that's not a bad thing.

I was reluctant at first with the idea that every weapon I found will eventually break, but I found that the game's combat rewards you quite well for switching to different weapons on the fly to keep your opponents off balance.

Plus, even if you break all your weapons, the Sheikah Slate abilities, such as the Remote Bombs or Magnesis, always give you an alternative option to fight with. Later on in the game, the durability of your weapons gradually becomes less of an issue as you earn or find more durable weapons.

There are some valid complaints to be made about the early game when it can be quite frustrating to find a decent weapon only to have it break after one or two fights. However, debates have been waged both in favor and against the durability system.

Personally, I think the way durability is done makes it more challenging and enjoyable in the long term for a variety of reasons, but your experience may vary.

While we're on the topic of durability, I should mention that the Master Sword too can break, but unlike other weapons, it stays in your inventory and automatically fixes itself after 10 minutes. So if you were concerned about breaking it and losing it like all the other weapons, you can rest easy.

Overall though, the gameplay is really immersive, and often times I found myself marveling at the depth of some of the game's simulations. When a rain or Lightning storm rolls in, you'll see friendly NPCs (Non-Player Characters) near towns and stables running for shelter as if they were real people trying to get out of the bad weather. Some NPCs will also change their dialogue to include a comment about the weather.

The weather itself really makes you feel like the world has real climates, and you’ll often have to switch your gear around to fit the weather conditions. One of the new and really cool features of this new clothing/gear system is the wide variety of gear that the player can either find and/or buy. They each have their own unique abilities and for those concerned about their looks, many armor pieces can be recolored. Then the player can mix and match, as well as upgrade each gear item allowing the player to customize Link’s look and abilities to their choosing.

Of course the weather sometimes has some pretty random patterns, and can be a little frustrating sometimes. Unexpected rain coming out of the blue hinders your climbing. But it certainly adds to the realism of the storms by having to wait them out.

The actual dungeons were much smaller than in previous games, featuring far fewer rooms/puzzles, and almost no enemies for large sections of them. They did have the benefit of interesting and innovative mechanics. If you're missing puzzles, the 120 shrines across the game help fill this need. Each one gives the player a spirit orb, 4 of which can be turned in at certain statues to get additional Heart or Stamina containers.

The story is a little light compared to some past narratively driven games, such as Twilight Princess. But it manages to make up for it in spades with side stories, side quests, some hidden journals/diaries/stone tablets with more history or insight into the world -- not to mention the plethora of interesting characters you meet.

The voice acting is limited to just the cutscenes, but it was remarkably well done in my opinion.

Visually the game is stunning, and makes Hyrule look almost like an elaborate digital painting at times. While there are some occasional hiccups with the game's frame rate at times, the game generally runs pretty smoothly considering the scale of the game's world and the Wii U's hardware.

While the game strays from some of the games in the past, and discards some of the linearly based conventions, it largely returns to its roots in the first Legend of Zelda game. This allows the player to once again freely explore wherever, whenever, and in some cases, however they choose without a linear progression the player is forced to follow.

Breath of the Wild doesn't hand-hold you through the game with endless barrages of tutorials, and assumes that you as a player have played video games before and can figure things out on your own.

If you're one of those people who needs tutorials to figure everything out, then this game may leave you a little befuddled at times. (I myself had to go look at guides several times because a few Shrine puzzles were way above my head.)

There's tons more that I could touch on in this game as Nintendo really outdid themselves with the amount of content in it.

The game's not perfect, but it does what it does very well. It was a very enjoyable experience from beginning to end, and so far has kept my attention even beyond just the main story. I highly recommend Breath of the Wild to both Zelda fans and non-fans alike, and I'm already calling it now as my personal pick for the best game of the year. This Zelda will keep me coming back for more for a long time.

Now if you'll excuse me, I must depart, for Hyrule needs me.

Do you like the Legend of Zelda? You can find tons more Zelda stuff here at the Des Plaines Public Library, and here's just a few of my favorite picks below!

The Legend of Zelda. Breath of the Wild (Nintendo Switch)

Looking to try Breath of the Wild yourself? Then be sure to checkout the Nintendo Switch version, and take the adventure with you on the go! Great for when you're hanging out with friends, but don't want to stop your adventure. 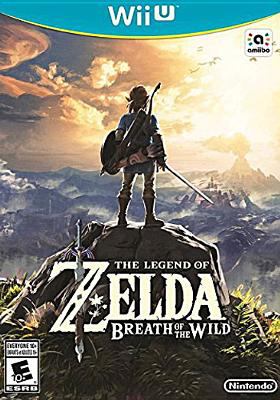 The Legend of Zelda. Breath of the Wild (Wii U)

Don't have a Nintendo Switch, but still want to try the game? No problem! Be sure to checkout the Wii U version, and experience the adventure for yourself! 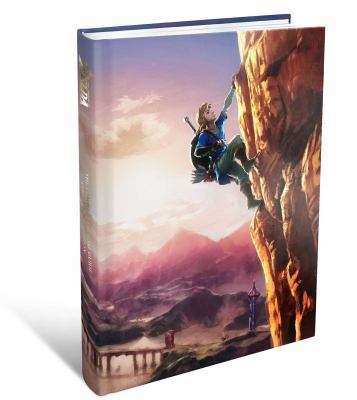 The Legend of Zelda: Breath of the Wild: the complete official guide:

Playing Breath of the Wild, and getting stumped? The Des Plaines Public Library has got you covered with the official guide for the new Legend of Zelda, which covers everything from shrine locations to dungeon walkthroughs, an essential tool if you're looking to complete all the game's 120 shrines, or looking for all of the NINE HUNDRED Koroks! 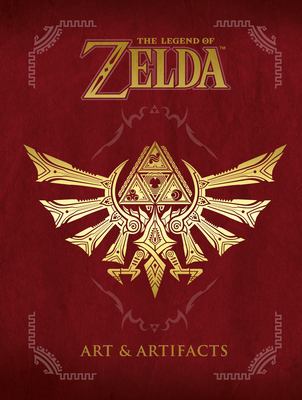 The legend of Zelda: Art & Artifacts:

Love the art of the Legend of Zelda? Then you'll love this book, packed from cover to cover with three decades of Zelda concept, cover, and promotional artwork that Nintendo has made for the series' many games. As an artist myself, I find artbooks like this nice to flip through for inspiration towards my own art, so I definitely recommend it for any of you artists out there, or if you're just a big fan of the series. 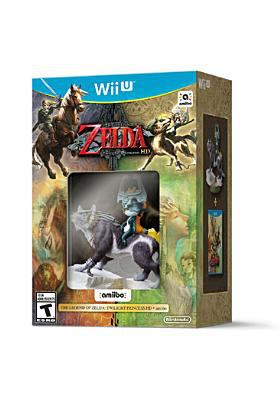 Twilight Princess HD is a remastered version of one of my favorite Zelda games, and was one of the more enjoyable experiences I had playing through a Zelda game. Twilight Princess features one of the deeper, and darker chapters of Hyrule's history, and follows the tale of Link, boy turned wolf turned hero, who with the help of the outcast Twili Midna, must adventure across the land and into the heart of Twilight itself to save Hyrule. If you've never played this one before in its Gamecube, Wii, or Wii U versions, I can't recommend it enough.